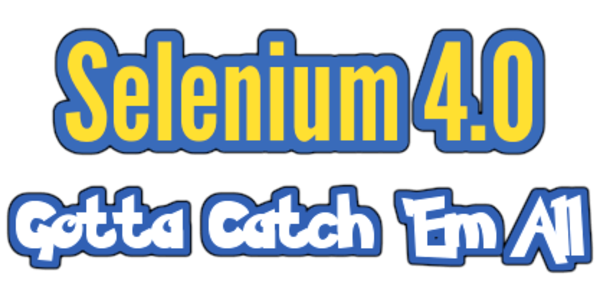 All code is guilty until proven innocent. Or at least, that’s what the Quality Assurance department (QA) at your company has told you (They’re right you know). Be it a new feature that was introduced to your system or an unintentional human error, bugs are meant to occur. And it falls down to the QA Engineer to find them.

If you have watched the Matrix trilogy, then you do remember the war between humans and machines, but that’s in the Matrix. In the QA department, we raise a health to our partnership through the automation tools, especially Selenium. And with the release of Selenium 4.0, things are looking more interesting.

What is Selenium?
Selenium is an open-source tool that automates web browsers. It provides a single interface that lets you write test scripts in programming languages like Ruby, Java, NodeJS, PHP, Perl, Python, and C#, among others.

Why Selenium?
Selenium is one of the most used tools in automating the testing process. It’s open-sourced, supports many programming languages, supports multiple operating systems, and works across multiple browsers. Add to that the support of multiple frameworks, the constant updates, reusability, and ease of implementation.

Selenium has also a wide community on the internet making it easier to find a solution for any problem that you might face.

Selenium has introduced many new features and enhancements in its latest release. These features are:

Conclusion
As Fyodor Dostoevsky said “Right or wrong, it’s very pleasant to break something from time to time” and Selenium has broken all the rules with its latest version. The experience has gotten smoother, the code more structured and cleaner. You can update your Selenium version as explained here and enjoy the experience.

A full-time nerd, a bookworm, an adventurer, a harmonica player, a dancer, and a traveler who seeks what’s ahead.