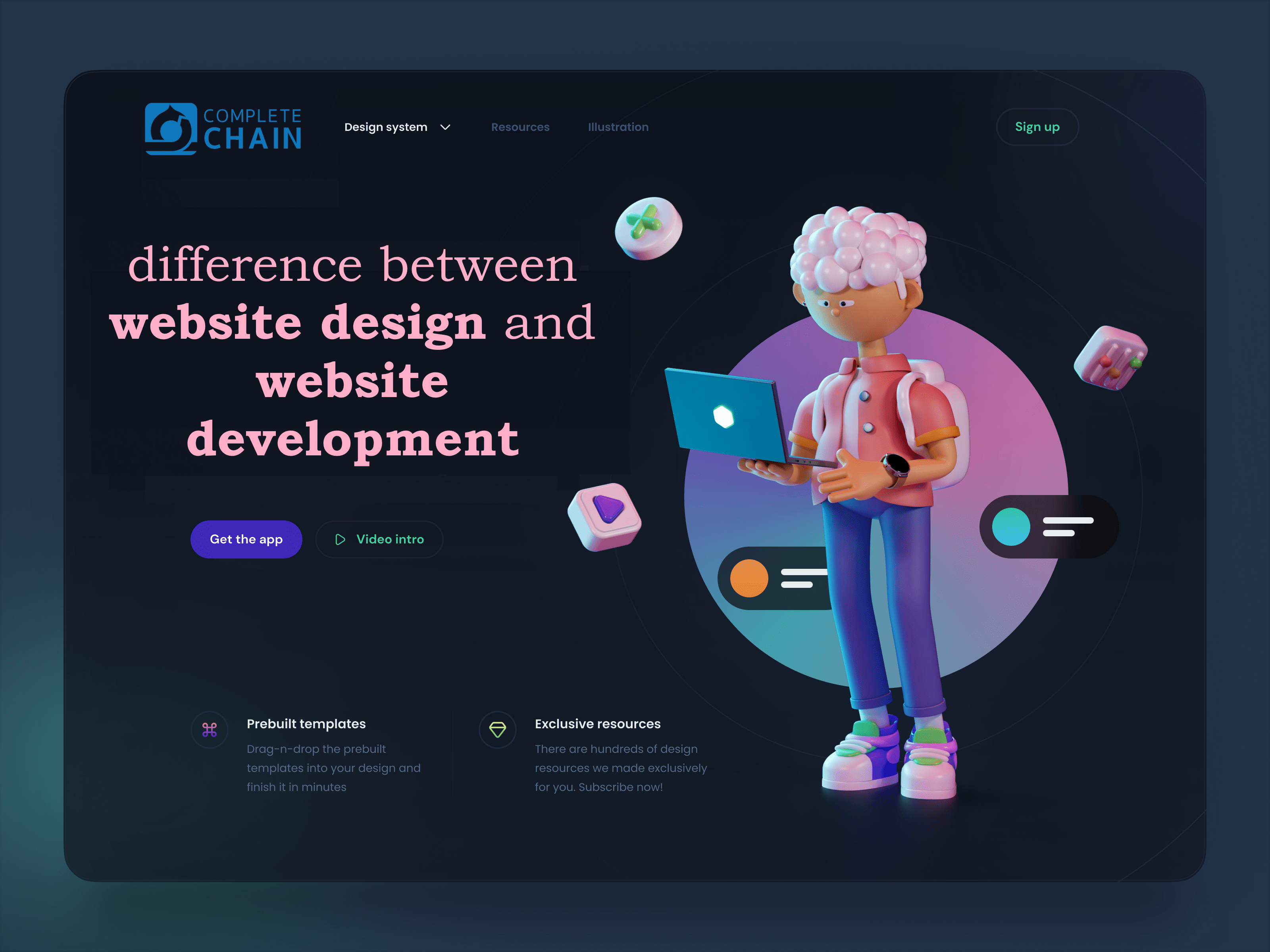 Simply Web design is the visual look of a website and the functionality from a user’s perspective and after the analysis stage of customer behavior, Web designers often work within design software’s to create visually appealing user experiences. then hand those designs off to developers. Web application and website design involves UX designers and visual designers using their skill sets to make wireframes, mockups, design systems, color palettes, templates, and more to help developers build the product.

firstly, let’s start by identifying each role for web designers and web developers; A web designer is a graphic artist who is responsible for designing the layout, usability, and visual appearance of a website. A successful web designer must possess an array of creative, graphic, and technical skills. Their goal is often to make sure the site is both visually pleasing and user friendly encouraging visitors to stay around for as long as possible. In addition to the general framework and layout structure, this also means considering and constructing conversion-generating elements, as well as designing web pages in a way that translates well across various devices. They need to stay updated on the latest web design trends and adhere to certain standards and best practices. They often deal with brand imagery, color palettes, fonts, and so on. Many will even create a web design style guide to ensure that each website looks consistent.
There are different types of web designers, each focusing on a unique and specific type of work. These are:

A web developer is someone who builds and maintains the core structure of a website. which is tasked with converting the web design into a functional website, using coding languages such as JavaScript, PHP, and Python. Their main primary role involves a lot of technical work, including using complex coding and advanced programming languages. In a nutshell, they take the ideas and concepts laid out by designers and turn them into real, live, and fully-functioning websites. More specifically, the duties of a web developer involve constructing the website itself. This includes coding and configuring the server and databases on the back end, as well as incorporating user-facing features and functionality. They also perform testing and debugging and may handle an array of post-launch services, such as providing ongoing support and maintenance and fixing server or hosting issues.

There are three major kinds of web developers:

Both web designers and web developers play a critical role in building, constructing, and maintaining websites. Ultimately, the two roles depend on each other to deliver a high-quality product.

The main difference is that developers focus on the technical aspects of the project, such as programming and coding. Designers handle the visual and conceptual work that is necessary for ensuring a solid UX and UI.

Web design is concerned with what the user actually sees on their computer screen or mobile device, and about the mechanisms beneath the surface that make it all work. Through the use of color, images, typography and layout, they bring a digital experience to life. Web development is the process of developing websites and applications into digital presence, which include various specializations, such as working on the webserver, web engineering, network security configuration.

Won’t take NO for An Answer, my nickname is Social-Genius, Fighter, Stamina, Self-motivated, and Super hyperactive Girl, with a weird Mix of Humor and seriousness.