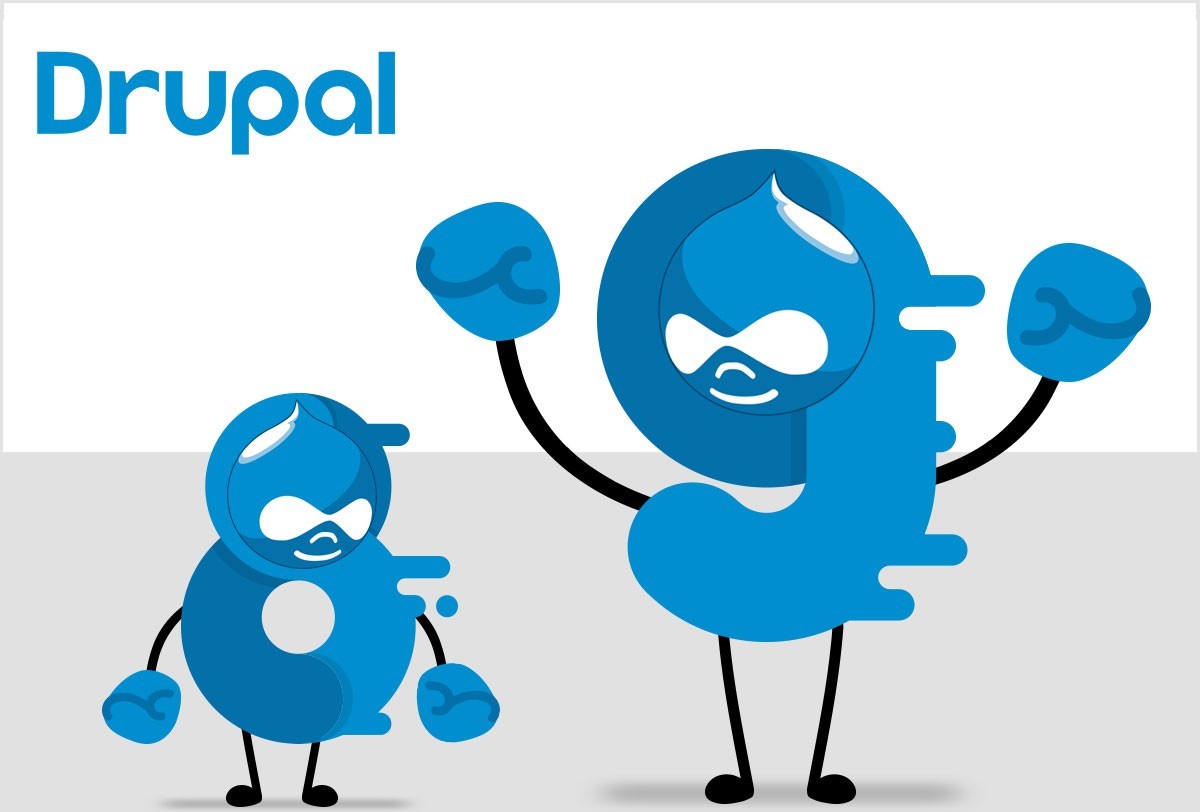 If you are a HIMYM fan, then you have heard Barney Stinson’s most iconic rule: “New is Always Better”.

Back in June/2020, Drupal has announced the release of its latest version Drupal 9, and the retirement of its predecessor, Drupal 7.  Though some would say that Drupal 9 is no different from Drupal 8.9 (which is not entirely correct), many enhancements have been introduced in the 9th version that would benefit both the developers and the end-users.

However, before we talk about them, we should first answer few questions.

Drupal is content management software (CMS) that is used to create and develop many of the websites and applications you use. Drupal has many features that put it in a league of its own. For example, easy content creating and editing, reliable performance, and excellent security. However, what sets it apart from other CMSs is its flexibility. Its tools help you build the adaptable and structured content that dynamic web experiences need.

It is also a great choice for creating integrated digital frameworks. You can extend it with any of the thousands of add-ons. The modules can expand Drupal's functionality. Themes and layouts let you customize your content's presentation. Mix these components to enhance Drupal's core abilities. Alternatively, Drupal gives you the option to integrate with external services and other applications in your infrastructure for a better experience.

Drupal enables you to build websites with the best experience. NGOs, Global enterprises, universities, brands, and many other organizations use Drupal so they can engage with users to deliver the right content to the users, at the right time.

Drupal 9 was launched on June 3, 2020. By that, enterprises will need to upgrade to it (the sooner the better) to acquire complete functionality and receive security updates within the bi-yearly cycles.

In the past, migrating from one version to another has been similar to moving from another CMS to Drupal, bringing in more time and headache. This is no longer the case in upgrading from Drupal 7/8 to 9 as the experience has been made much easier.

Why upgrading to Drupal 9

After the 7th version, Drupal has been rewritten from scratch. The 9th version is similar to the 8th in that it almost looks like it’s a minor version but cleaned from deprecated code and equipped with the latest technologies. However, there are more things that meet the eye to upgrading to the 9th version. Bring on your swim suit and let’s dive:

Drupal 9 will help you forget about long painful upgrades. You will drive with your lovely easy upgrades into the sunset.

Drupal 9 has been cleaned from any outdated code. It also uses the latest version of PHP, which is an important aspect in terms of security.

In addition to integrating JavaScript frameworks, Drupal 9 has the latest 3rd party libraries and components (Symphony, Twig…etc) that improve your website’s performance and experience.

4. Accessible to all Audience:

Drupal 9 continues the legacy that Drupal 8 started in including the people with disabilities. Many themes have been added to make the experience smoother.

It’s a strategic priority for Drupal to be ready for more integration with new devices and applications. You will not have to worry about your content fitting on both your website and mobile view. Drupal 9 got your backup, Jack.

Tired of editing and moderating your content? Layouts are outdated? Well, say no more. Drupal 9 has enhanced the editing experience. New libraries have been added, a configurable toolbar, a Layout Builder, and much more.

Imagine that now you can add more languages without any hassle? And that’s not the best part, Drupal 9 has most of the interfaces translated. Is Drupal on fire or what?

Drupal 9 will continue the tradition of the Mobile-First approach to ensure your website works seamlessly across all devices.

What is good in Drupal 9 began with Drupal 8. While Drupal did not introduce major changes in Drupal 9, we can conclude that Drupal 9 leagues ahead of Drupal 8. Moreover, Drupal usually releases two new features every year. With the released enhancements, we can expect Drupal 9 to fly over the rainbow. It can be also the first step towards revolutionary versions that will be released in the future.

There has been no better time to take that leap of faith and dive into Drupal.

A full-time nerd, a bookworm, an adventurer, a harmonica player, a dancer, and a traveler who seeks what’s ahead.